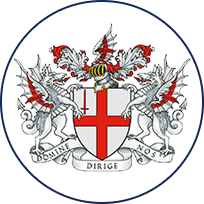 London’s Royal Arch Chapters and Companions have in recent times started to meet, revelling in being back in each other’s company, and there is a crackle of excitement in the air as masonic friends are physically back together. Dressing in suits and ties, which may or may not feel a little snugger than before, or putting on regalia in an anteroom with old pals, joking about which shoulder the sash should be worn on, or trying to remember the Openings and Closings, all in a wonderful spirit of warm camaraderie.

Many of us who have experienced the initial trepidation and wonderment of a Zoom meeting will never forget how it enabled so many to remain connected as friends during some very bleak and isolating times – the expression “you’re on mute” will live long in the memory. But there is no substitute for Companions finally having the opportunity of truly breaking bread together. Masonic rituals and ceremonies, and custom and tradition, play a huge and enjoyable role in our masonic lives, but it is the humanity of freemasonry and the very real concept of brotherly love that connects and enriches us all – particularly the companions of the Holy Royal Arch.

Both Amicus No 3772 and Ex Libris No 3765 Chapters met at Freemasons Hall on 7th and 11th June, respectively, within legally permitted parameters, to plan their year ahead featuring Installations and Exaltations.

On 13th July, a legally permitted number of Renaissance No 3408 Companions convened at Freemasons Hall to Induct the First Principal and to plan for the Chapter’s postponed Centenary celebrations, now taking place in July 2022.

Following a short but productive ‘business meeting’ of 6 in September 2020, the Companions of Acanthus Chapter No 2715 met at Freemasons Hall on 1st September 2021 to elect three new Principals for induction in April 2022 before dining, in great spirits, informally at La Ballerina in Covent Garden.

Also, at Freemasons Hall on 1st September, Peace and Hope No 5925 were joined by Metropolitan Grand Inspector E Comp Rob Chaproniere for the Induction of their First Principal and the Installation of their Second and Third Principals.

The Companions and guests of St Paul’s Column No 7197, also at Freemasons Hall, gathered on 3rd September, when their Metropolitan Grand Inspector, E Comp Tony Shepherd, took great pleasure in presenting E Comp Charles George with a Mentoring Certificate and Pin. Much laughter and chat were shared during the Festive Board at the Royal National Hotel, Russell Square.

In a different temple room, but in the same building on the same afternoon, Ubique No 1789 Exalted Comp Simon Irwin featuring the presentation of all three Lectures.

At Chingford Masonic Hall on 4th September, St Paul’s Chapter No 194 met to Induct the three Principals and to Exalt Comps Sameer Mody and Krishna Chauhan into the Holy Royal Arch in the presence of their Visiting Officer, E Comp Doug Syrett. Their traditional Chingford ‘Full English fry-up’ Festive Board was observed with gusto.

On 7th September at Freemasons Hall, the Companions and guests of Henry of Auxerre and Sanctuary No 3051 reunited after a considerable time apart. The three new Principals were Installed, assisted by guests E Comps Steve Brown and Laurie Shaffer, including Explanations of the Robes and Sceptres – much to the appreciation of the new Metropolitan Grand Inspector, Senior Vising Officer and Visiting Officer, all of whom were visiting the Chapter for the first time. The convocation was followed by a sumptuous and lively Festive Board at Browns Covent Garden.

Temple Chapter at Jerusalem No 4611 celebrated its first convocation in over a year by meeting at Mark Masons Hall on 10th September, installing a new Principal and Proclaiming the other two ahead of expected Exaltations in December 2021 and May 2022.

These are just a few of the London Royal Arch Chapters that have started to meet post-summer once again. Its already clear that a general sense of excitement exists with Chapters and Companions resuming their activities and convocations, demonstrating that the heart of London Royal Arch Masonry continues to beat with fervency and zeal!